There was chaos following an ongoing protest in Kano state after a 17-year-old boy recognized as Saifullah died in police custody.

In response to Amnesty Worldwide, it was alleged that Saifullah was tortured to demise by the police.

It was additional learnt that protesters have barricaded the primary Kofar Mata highway and set tyres on hearth, chanting songs whereas calling for an finish to police brutality. 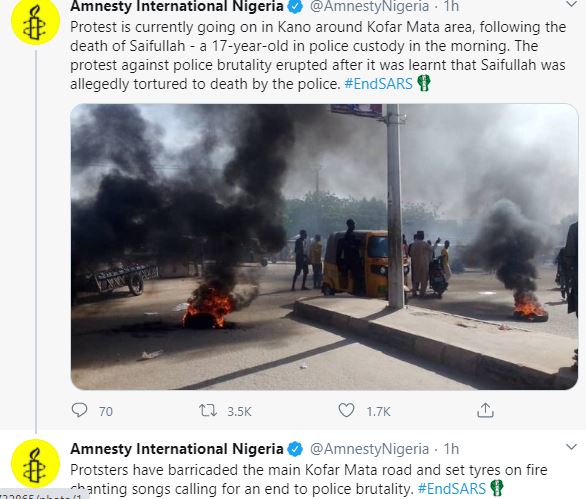